Eileen Fisher: One of "Kind" Leadership, One of a "Kind" Company

I had the privilege of hearing Eileen Fisher speak at the Wisdom 2.0 conference here in San Francisco on Feb 28th, as she was interviewed by Karen May, VP of People Development at Google.  Asked whether it was true that anyone who works there has to be "kind", the answer was: "No one lasts very long at Eileen Fisher if they are not kind." 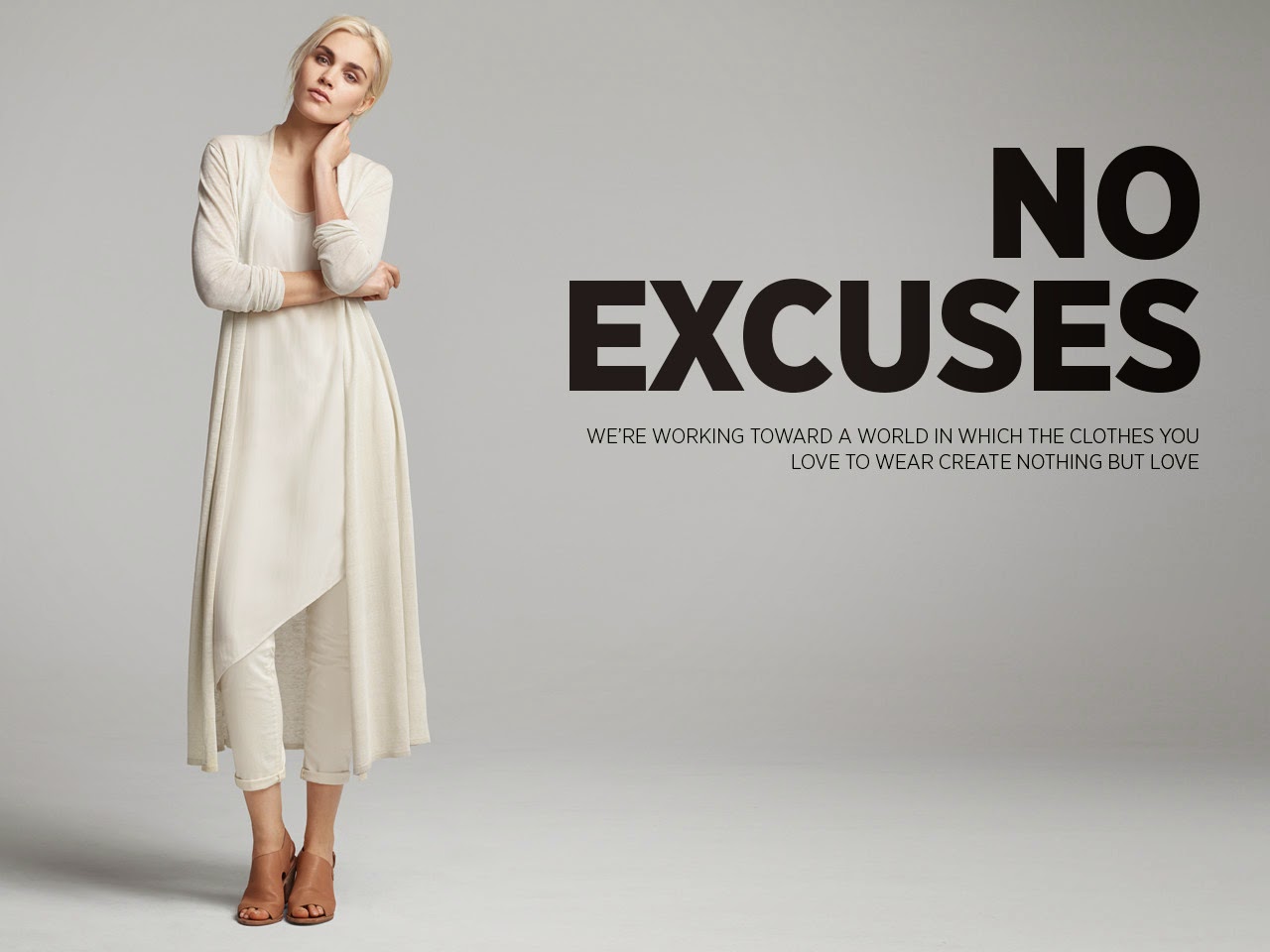 Eileen told the audience what she meant by this; that it is not just about being nice, it is about telling the truth with kindness. Indeed the whole culture at the company is one of collaboration, communication and working together, using developed practices of relating to each other, of giving and receiving feedback, of starting to know what other people feel, and connecting to each person's purpose, being open, authentic, and honest.

Eileen started her company with a simple concept, to provide simple easy to

wear clothing for women, using natural fibers and eco-friendly materials. After a trip to Brazil recently, She came to realize the extent to which the fashion industry is a major polluter in the world, second largest only to oil. She is hoping to collaborate with others, hoping to transfer much of the knowledge about this and to create a movement of sustainability in the fashion industry. She has made a commitment to have Eileen Fisher reach total sustainability by 2020.

Eileen attributes collaboration, community, and connection to the company's success and has developed a set of core practices to instill these values throughout all of the operations. These core practices are:


Decisions in the company are made through collaborative processes of dialogue and communication in what are called "circles" where people are encouraged to speak honestly and to listen wholly.


Eileen Fisher, the company is "kind" about the world, sustainability, and people, by establishing a culture that cares about all the stakeholders including employees, and creates a collaborate process that truly honors each individual and their contribution to the success of the company.

Eileen Fisher, the person, is a leader that brings forth a new consciousness to the business world of fashion.
What a privilege for me  to have been there.

Allianz has also agreed to a multi-year option to purchase carbon credits from Wildlife Works Carbon pioneering Kasigau Corridor REDD Project in Kenya, the first REDD project in the world to achieve validation and verification under the Verified Carbon Standard (VCS) and the Climate, Community and Biodiversity Standard (CCB).

This groundbreaking REDD project will result in the avoidance of over 1 million tonnes of CO2-e emissions per year for the next 30 years while protecting endangered wildlife and bringing the benefits of carbon finance to more than 100,000 people in the surrounding communities.

“We believe that REDD should play a major role in combating climate change. We (the private sector) can do something about this as market-based REDD can scale and significantly contribute to reversing the global warming trend. Wildlife Works Carbon's holistic approach and community focused REDD project portfolio has made them a leader in this critical effort, and that is why we are backing them so strongly,” said Dr. Armin Sandhövel, CEO of Allianz Climate Solutions, a 100% subsidiary of Allianz SE which carried out the WWC investment process as Allianz’ dedicated investment company for carbon related investments.

“Widespread private sector engagement is the fastest solution to stop the destruction of the world’s forests. Allianz’ investment in Wildlife Works Carbon demonstrates that private sector financed REDD can and should play a leading role in the global effort to reduce deforestation. We are grateful and extremely pleased that Allianz has joined our campaign to save the threatened forests of the world,” said Mike Korchinsky, founder and CEO of Wildlife Works.

About Wildlife Works:
Wildlife Works is the world's leading REDD project development and management company with a unique approach to applying innovative market-based solutions to biodiversity conservation and helping local landowners in the developing world monetize their forest and biodiversity assets whether they are governments, communities, ownership groups, or private individuals. In 2011, Wildlife Works’ flagship Kasigau Corridor REDD Project in Kenya was the first in the world to achieve validation, verification and issuance of REDD carbon credits under the VCS and CCB standards. The Wildlife Works Kasigau Corridor REDD Project protects over 500,000 acres of forest and brings the benefits of direct carbon financing to more than 100,000 people in the surrounding communities while also securing the entire wildlife migration corridor between Tsavo East and Tsavo West National Parks. Wildlife Works is actively developing a portfolio of REDD projects with an aim to protect five million hectares of native forest, to mitigate 25 million tons of CO2 emissions per year, and create thousands of sustainable jobs in rural communities. www.wildlifeworks.com


About Allianz Climate Solutions GmbH
As a 100% subsidiary of Allianz SE, Allianz Climate Solutions GmbH (ACS) is carrying out, inter alia, carbon related investments on behalf of Allianz Group. Its investment strategy focuses on the growing markets for renewable energy, clean technology and energy efficiency as well as Reducing Emissions from Deforestation and Forest Degradation (REDD) projects. Acting as the Group-wide centre of competence on climate change, ACS also serves other Allianz entities as well as external customers with its risk analysis, investment and insurance expertise, bundling the competences and experience of various Allianz business entities.
Posted by Lalia Helmer at 7:14 AM 2 comments: Links to this post

The Classy Awards hosted in San Diego on Sept 17, just released a whole bunch of videos on YouTube,each one featuring the actual awards as they were handed out for each of the categories. My favorite, of course, is the award for the best Philanthropic Small Business of the Year.

As the presenter of the award,  Assistly's CEO Alex Bard said: "I used to think that philanthropy was something that big businesses did to help support causes like some of the ones you see here tonite..."

...and then as the recipient of the award a representative form Nika Water, said:


Posted by Lalia Helmer at 8:56 PM No comments: Links to this post

Why Business That Cares

Welcome to "Business That Cares" where we feature stories about businesses of all sizes that care about their community both locally and globally and the ways they are making a difference. Our purpose is inspire other businesses to develop creative and inventive ways to help the world around them. We will be sharing tips, strategies, and methods for identifying the causes and charities that a business would like to support, how to engage others to contribute to the cause, and how to be creative with the ideas and execution. We welcome businesses to post their stories about the innovative ideas they are using for solving problems in the world and to participate in a dialogue with others about this very important subject.